← back to
Portage Garage Sounds
Get fresh music recommendations delivered to your inbox every Friday. 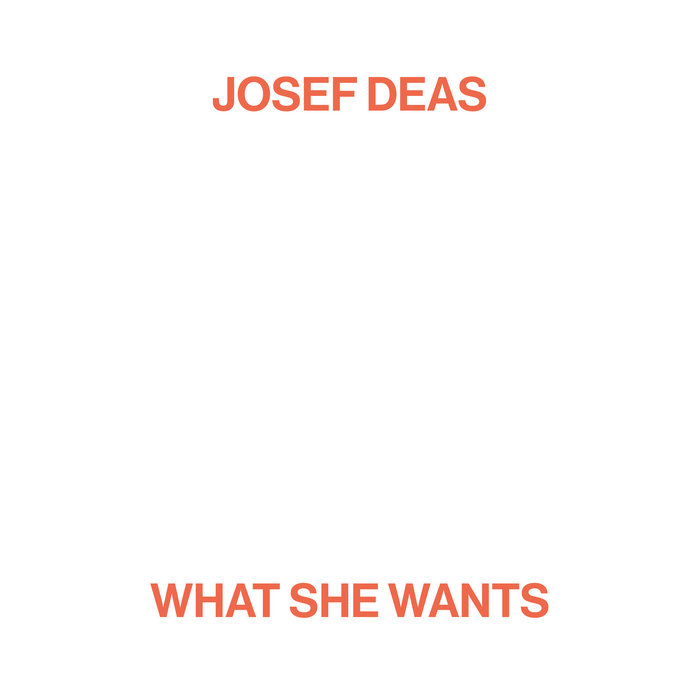 “A long time coming,” would be an understatement. “What She Wants” might be Josef Deas’ first release, but make no mistake, Deas has been fully immersed and actively working in the Michigan music scene his entire life.

“Josef is just one of those vital connectors - everybody whose played jazz in SE Michigan knows him,” says Marcus Elliot

Deas was born in Mannheim, Germany but grew up in Ann Arbor, MI with friends and musical collaborators Zach Saginaw (Shigeto) and Charles Tillinghast (Charles Trees). His musical education began with his mother, playing him classical music and singing to him. She encouraged him to begin playing the upright bass and he immersed himself in a symphonic orchestral setting.

In the summer of 1997 Deas was introduced to recording when he was loaned a synthesizer and a four track tape machine by his middle school orchestra director.

His relationship with Jazz was cultivated by mentor Vincent York, who worked with Deas and Saginaw in their high school years. York helped shape both of them into highly skilled, professional musicians. By the time he exited high school, Deas became one of the most capable and sought after bassists in the state, playing with Michigan greats like Marcus Belgrave, Gary Schunk, Vincent Chandler, Louis Smith, Sean Dobbins and many others.

This album is a snapshot, a moment in time. The bedroom recording days of Josef Deas, a period unrestrained by doubt and fear, propelled by explosions of creativity, self expression, and raw talent. "I had one microphone, one keyboard, some software Charles gave me, and my mom's computer in 2001" says Deas.

Recorded between 2001-2006, “I Know It’s You and Me”, “Past Time” and “What She Wants” dance between the timeless styles of boogie, R&B, and pop. “It still outshines most of my work… and it was made when I literally knew a small fraction of what i know now.. it's weird.” Anthems for the universal themes of love and loss, these songs show a maturity of someone older than their years.

Portage Garage Sounds is proud to present the début release of Josef Deas.

Bandcamp Daily  your guide to the world of Bandcamp

Bonobo stops by to talk about his new record Fragments